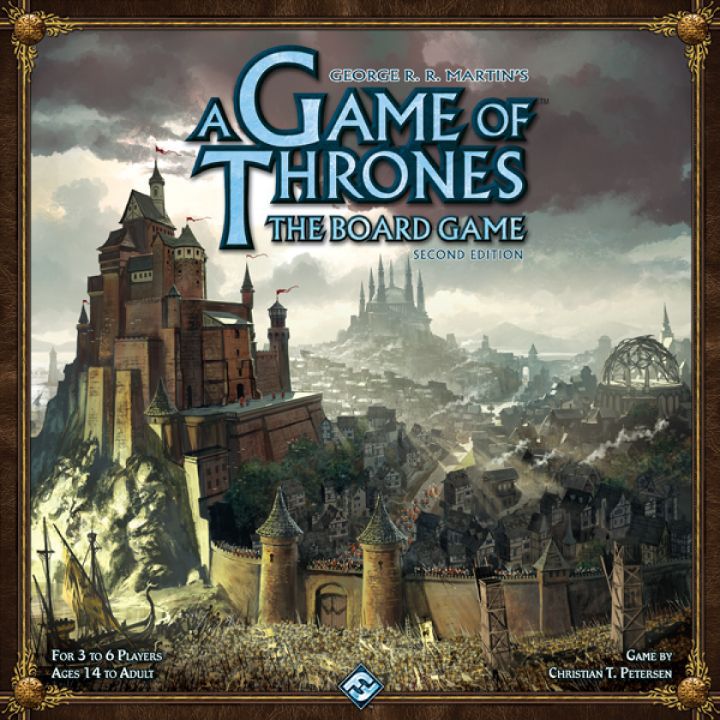 A Game of Thrones: The Board Game

Originally published on Fortress of Solitude 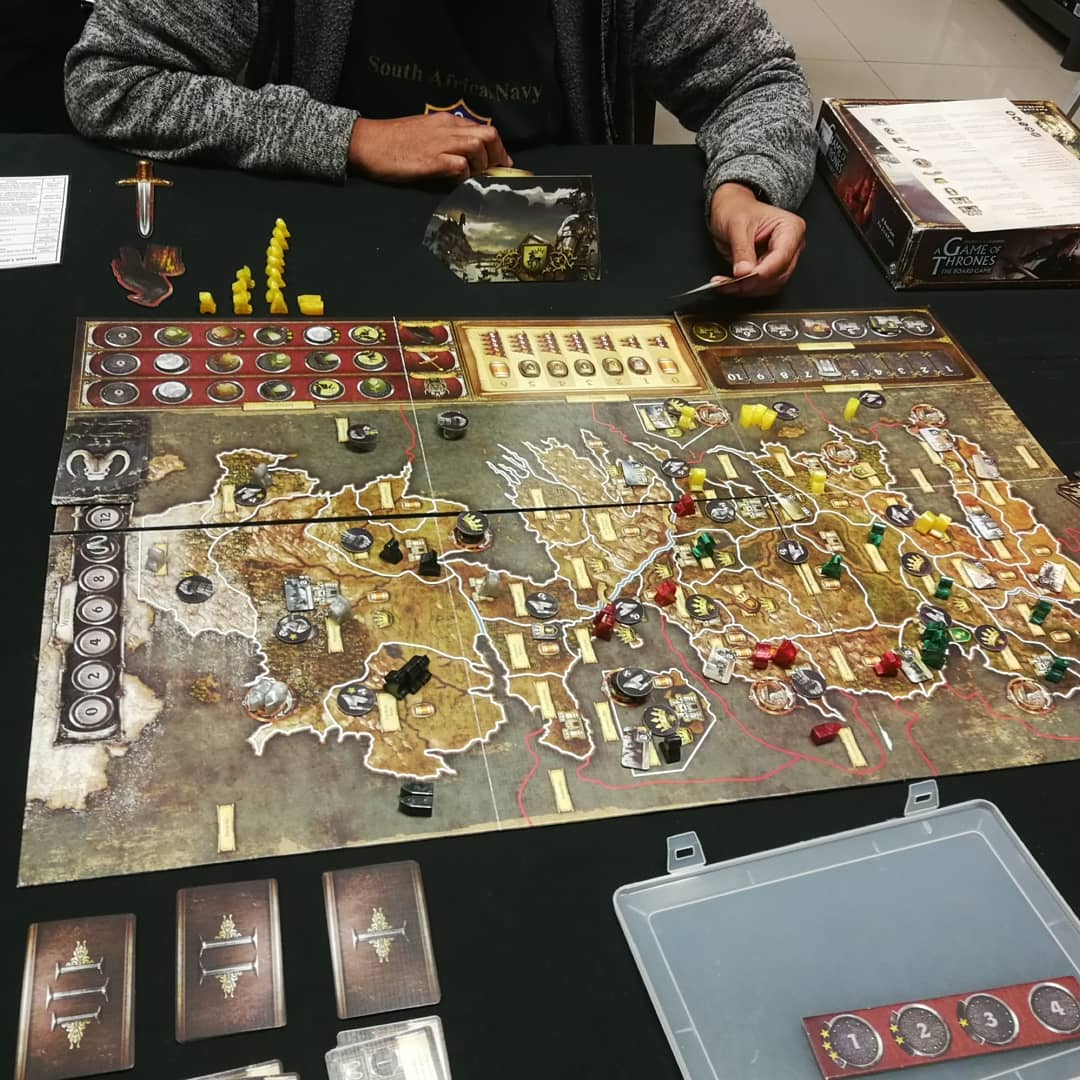 Game of Thrones requires very little introduction. Political backstabbery between noble families is served as a side with breakfast. But what if you want to be part of this web of deception? Enter, A Game of Thrones: The Board Game … er, Second Edition. Yes, that’s right, the board game is not simply a spin-off from the popular HBO TV series. It’s based on the series of books that has dubbed George RR Martin “The American Tolkien”. This allows for much bigger scope in the game than simply the few events depicted in the TV series.

Components:
The board is a massive map of Westeros, so detailed that it can be used as a reference when watching the series or reading the books. It does appear cluttered though, as the board is filled with icons and symbols denoting all manner of information.

A big part of A Game of Thrones: The Board Game is played using tokens, with simple icons that can be very confusing and difficult to identify. The card artwork is quite impressive, many featuring characters from the books. Though these characters appear in the TV series, they don’t relate to their TV series counterparts.

Setup and Gameplay:
Depending on the number of players specific families are used in the game. With three players the famous houses are in play. These are Stark, Lannister and Baratheon. Each player also receives a divider with their house sigil and a reference sheet on the inside, to hide your tokens and cards behind.

The object of the game is to occupy as many castles and strongholds as possible. These appear in specific territories according to the placement of towns and cities in Westeros.

The political side of things comes from a set of initiative tracks on the side of the board, each giving a special ability to the house that ranks highest. The messenger raven can change an order before they execute, the Valyrian steel blade helps during combat and the Iron Throne determines turn order and resolves ties outside of combat.

Every turn, orders are given to each territory by the house that controls it. There are five order types, namely raid, march, consolidate power, defence, support. Support is where the backstabbery starts. When this order is given, a house can support an adjacent territory in either defending or attacking. This part of the game becomes free-form, as deals are verbally made between players.

Unlike Risk, the number of armies a house has at their disposal is determined by specific territories on the board that produce supplies, rather than every territory. This, combined with the hunt for castles and strongholds, makes the game much more tactical and spots of contention tend to develop.

Breakdown:
Though A Game of Thrones: The Board Game appears very complex at the onset, once the turn order is picked up it flows quite nicely. Depending on the group of players the game can turn out like a chess game, slow and thoughtful, or a stock market pit, chaotic deals happening all over the place.

Components: 3/5. Though manufactured to Fantasy Flight’s outstanding quality, the number of icons that need to be memorised for smooth play is a little overwhelming.
Gameplay: 3/5. The game does a good job of replicating the political dealings of noble families. As much as the tokens and icons break the flow, I myself can’t think of a different way this style of play could’ve been accomplished.
Complexity vs Depth: 4/5. You have to understand. A Game of Thrones: The Board Game is deep. It’s complex and intricate. For once it’s not a versus, but a compliment.
Theme: 4/5. Westeros as a fictional world is vast. Every care was taken to replicate the unique traits of the different houses into the playing style. In this case, the complexity of the experience enhances the theme, though I still wouldn’t recommend it to first time players.
Overall: 3.5/5. Not for a novice board gamer unless you’re a massive fan of the books or TV series. Players who enjoy rich engaging experiences such as Civilization will enjoy this immensely.