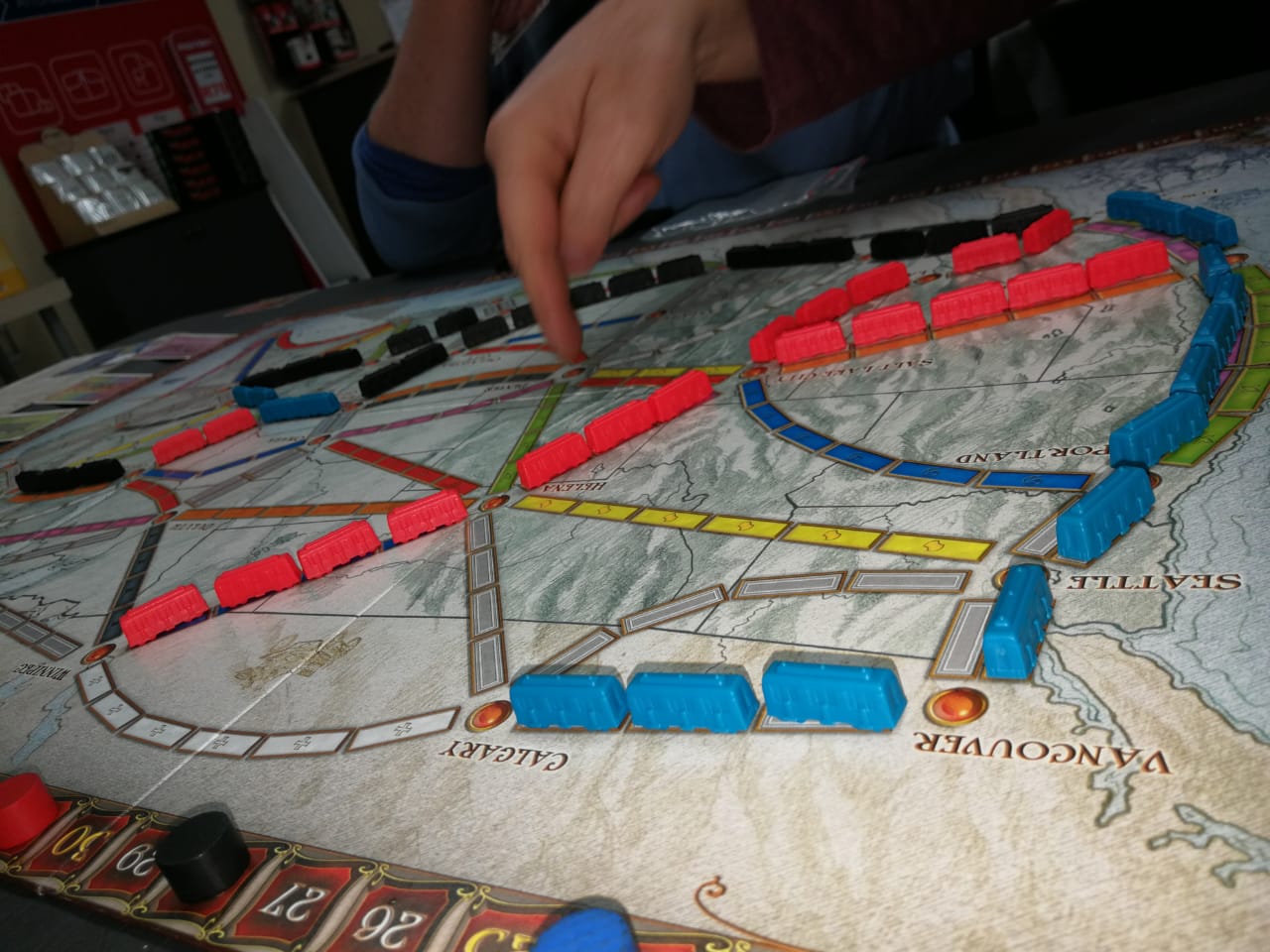 One of our first recommendations for first-time board gamers, Ticket to Ride is a classic gateway game.
At the beginning of the game, players are handed Route Cards, that indicate if you connect a route from Point A to Point B, you earn a certain amount of points. On every turn a player can pick cards from the row to add to their hand, play cards from their hand to claim sections on the board, or request more Route Cards. But there's a risk: If you don't complete the route by the end of the game, points are deducted.
Easy to learn, fun to play, comes in many flavours each with their own twist to the classic.
Other versions of Ticket to Ride are also available. TTR: Europe being the next standalone version. There's also a series of smaller games named after cities instead of countries/continents. These include TTR: London and TTR: New York. The children's series is named Ticket to Ride First Journey.