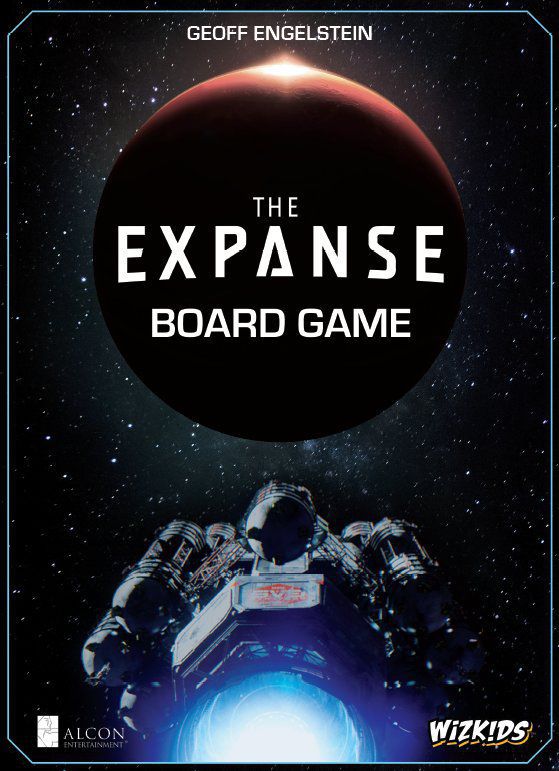 The Expanse Board Game 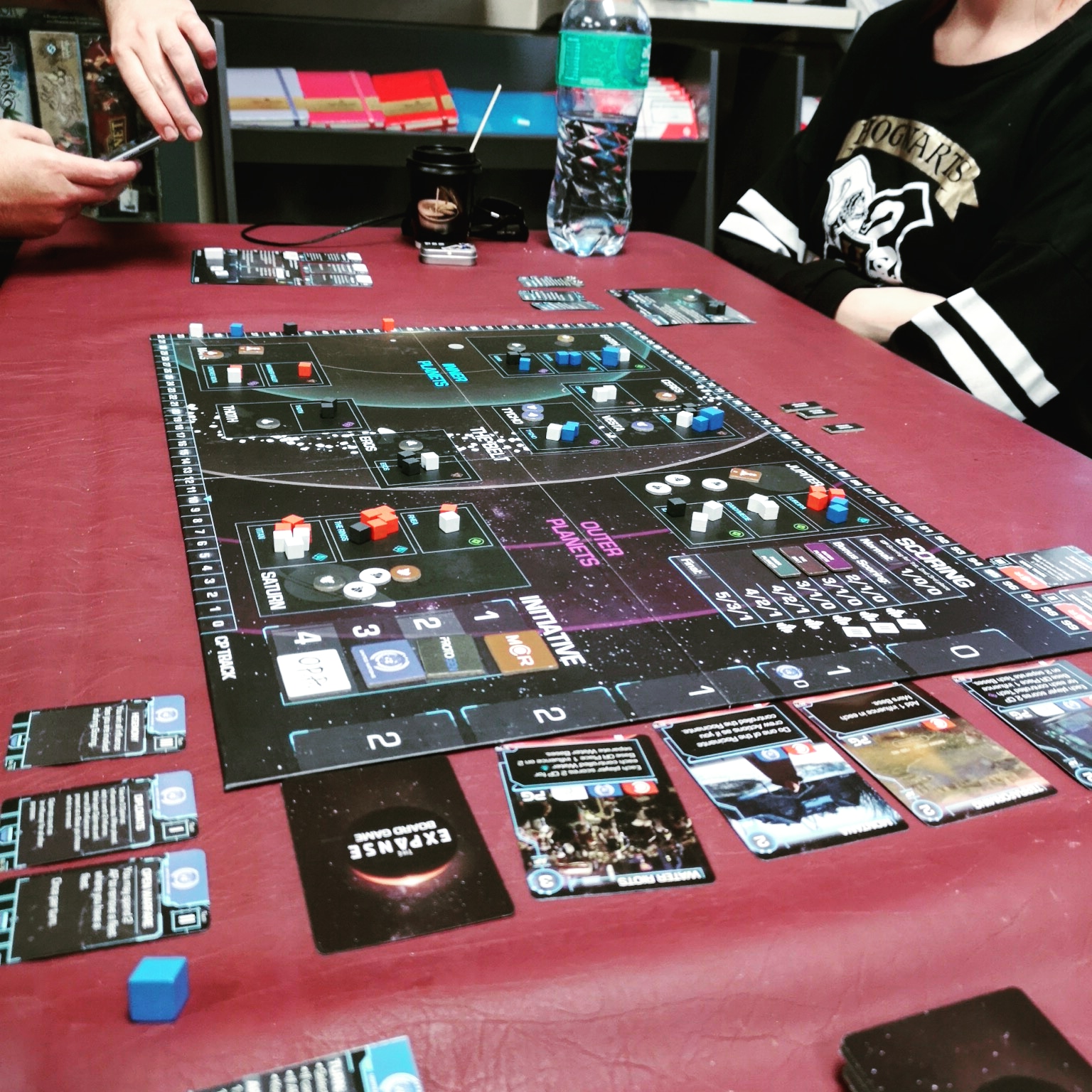 Based on the hit TV series, based on the books, based on the authors' long-running game of Necropolis 2350. Between the gravity wells of Earth, Luna and Mars, to the asteroid belt's many stations, all the way out to the moons of Saturn, players are manipulating the political landscape of the near future galaxy.
Each turn a player chooses a card, sometimes paying for it using victory points. They can then either play the text of the card. If they choose to rather use the action points, other players are offered the opportunity to use the card. This push and pull means simple decisions can have several layers of repercussions, both mechanically and between players.