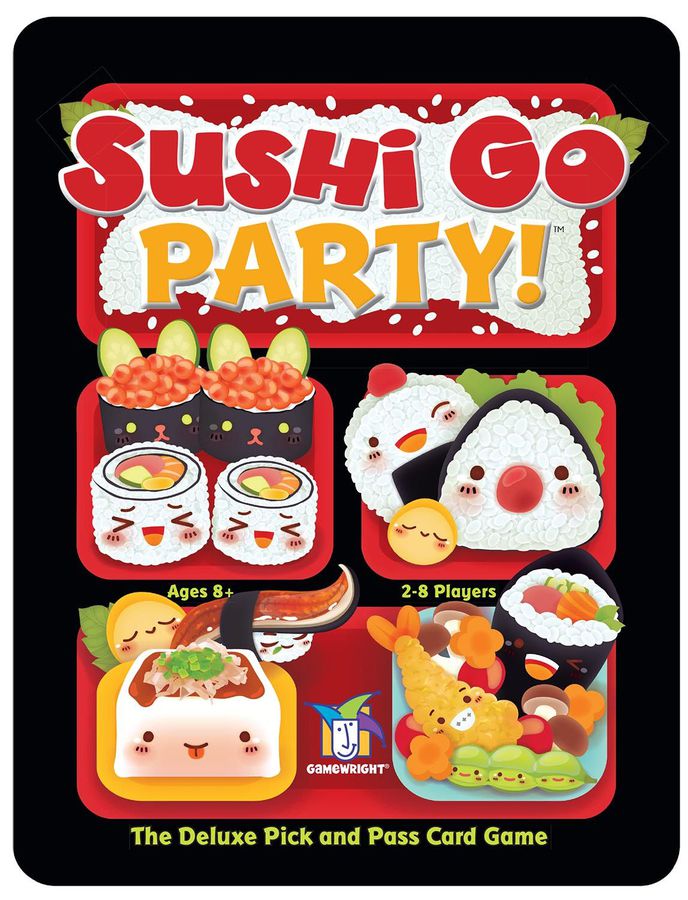 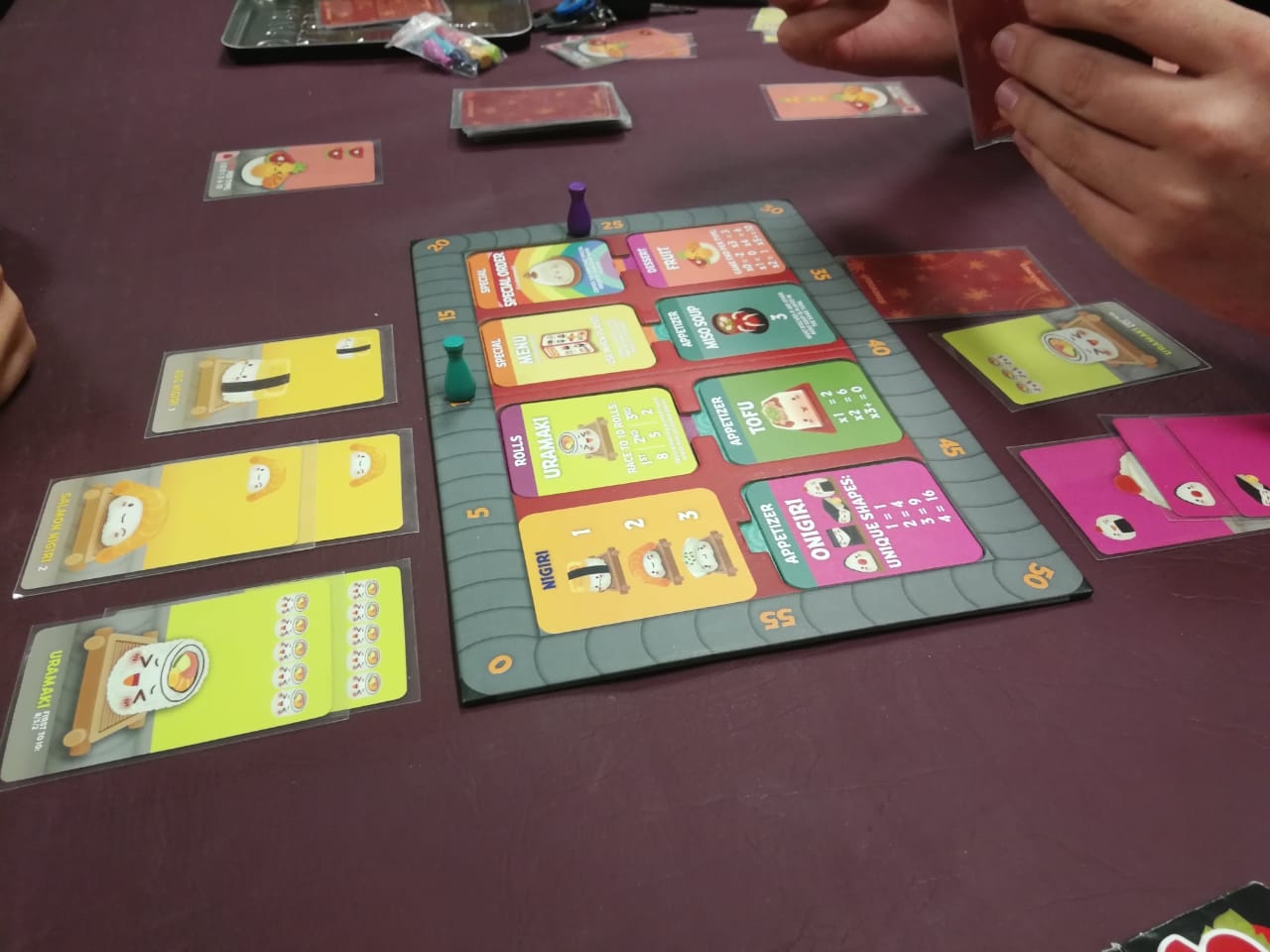 A drafting game with a delightful theme, Sushi Go Party is all about collecting sets of different sushi as the cards move around the table like sushi moves around the belt.
After setting up a menu of cards (either a prescribed list or randomly according to a set of criteria), players are dealt a hand of cards. Drafting occurs: Pick a card, pass the rest, play the card you kept. When all the cards are claimed, score the round. Do this 3 times, then score desserts. The player with the most points win.