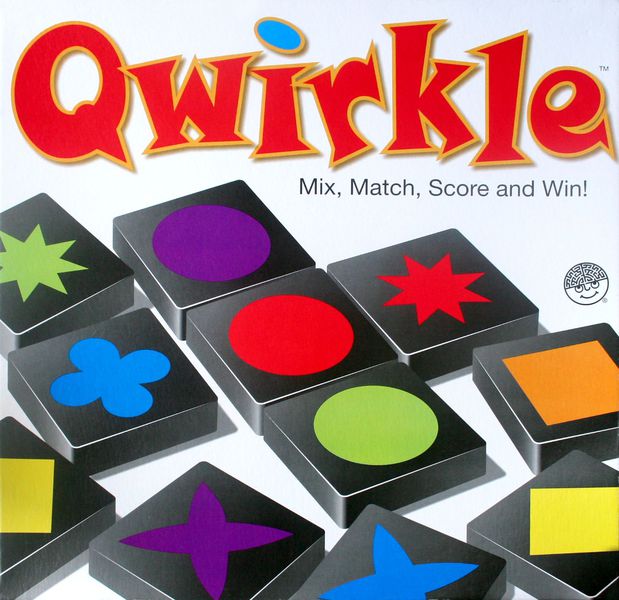 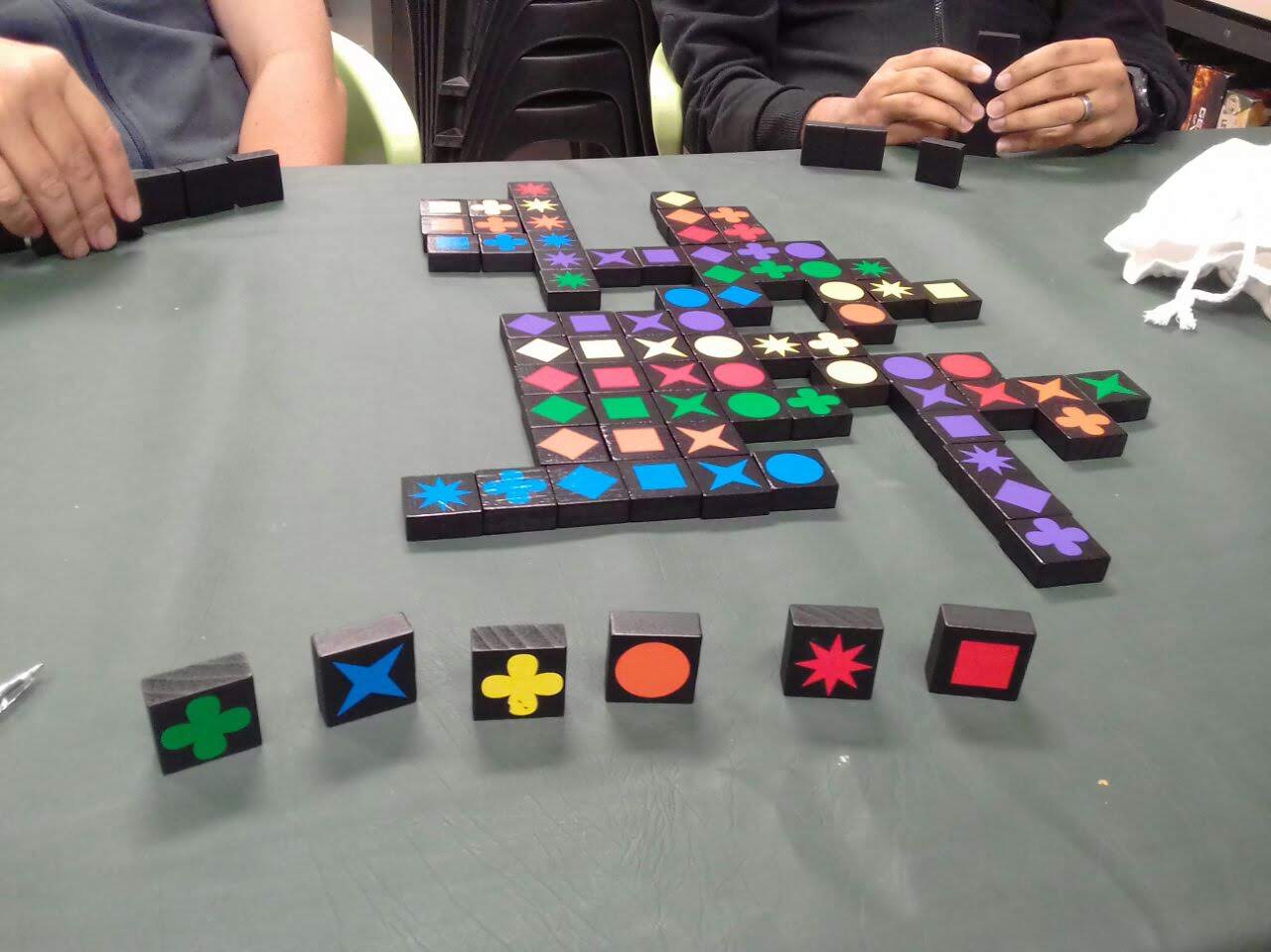 This is one of our most played games, both at the shop and at home. Qwirkle is laughingly simple to learn and the playfield doesn't look the same twice.

A blend between Dominoes and Scrabble:
That's it! Them's the rules! We introduced Qwirkle to friends one lazy Sunday afternoon and kept playing game after game. Eventually the tablecloth was put over the game in progress for dinner and play continues into the small hours of the morning. This is the perfect pick-up game that ends up consuming your day. The pieces are solid and hard wearing (though after a few years you might need to touch up the paint a bit) and the carry bag means it's more convenient to take on trips than a box.

There's also a Qwirkly Travel Edition, which comes in a small zipper bag and the tiles are about 1/3 the size, which plays fine for those with limited space but it loses some of the tactile feel of the larger tiles.