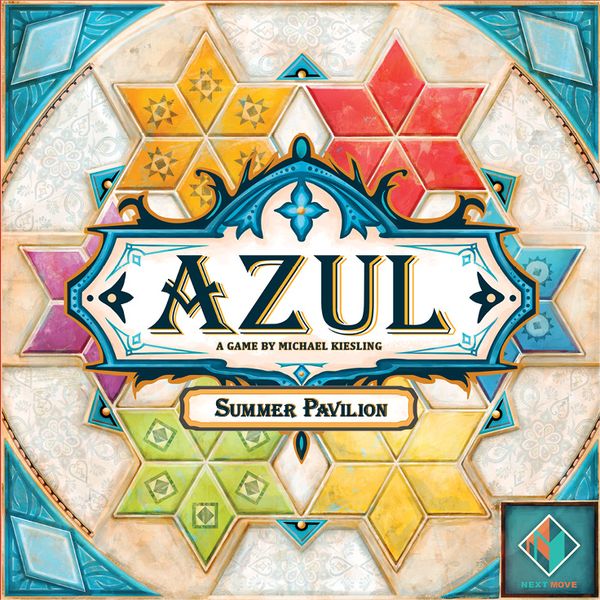 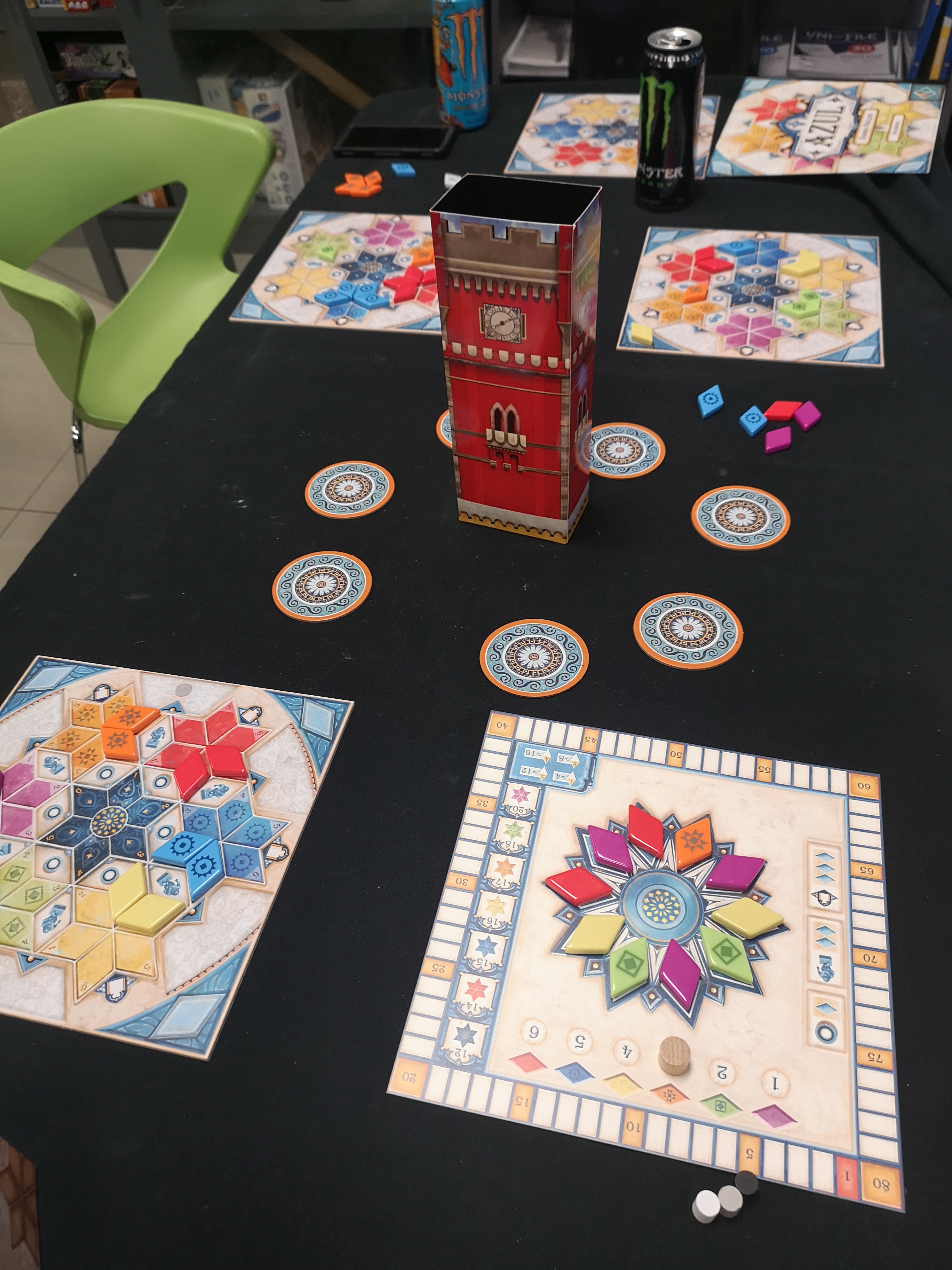 Not sponsored by Monster, but maybe we could be? Is board-gaming an extreme sport? Monster, hook a brother up.

We've written about Azul before, so for details on the game itself please refer to that article and then come back. Here I will focus on what adds to the original experience with Summer Pavilion.

The most obvious difference is the tiles being diamond shaped, there's 6 different colours now, and the player board is full of star shapes. The first half of each round works the same as before, take all similar tiles from a factory (or the middle) and move the rest to the middle. There's no staging area (the rows in normal Azul) so you just sort of make a bunch next to your board.

Where the fun comes in is Phase 2 of each round. Players now take turns filling their player board, paying the number of tiles as printed on the space they're filling and using one of those tiles to mark it filled (sort of like the number of spaces next to a row in Azul). Points are still awarded for the number of tiles it touches. Each colour has its own star, the middle star being one of each colour (so easy in the beginning, gets tough later). Between the stars are symbols for columns, statues and windows. When these are surrounded, players are rewarded with spare tiles from that section on the scoreboard (pictured above to the right).

The game is limited to 6 rounds and on each round there's a different tile that's the wild tile. Think Ticket to Ride and the locomotives; As long as at least 1 tile is the original colour you can use almost all jokers. You can also keep 4 tiles for the next round, which allows you to plan ahead a little and get future wild tiles for cheap.

Summer Pavilion offers a more in-depth experience overall than original Azul. Players have more control, there's more decision making, there's even a little (albeit very little) added player interaction. It feels a bit more that you earned your score by playing well instead of being left with the last draw on a bad hand. However with this new complexity, the game loses the easy-to-learn element that make the original so quick to get to the table. On our first play, several players reported "I'm just taking stuff for now. I don't know what is important."

It's a story we've seen many times. King of Tokyo has King of New York. Kingdomino has Queendomino. Azul has Azul Summer Pavilion. It won't ever replace the original as it targets a slightly more serious gamer. It adds the depth many say the original lacked, but for others it may over-complicate a game that is popular because of its simplicity.

Side note: The scoreboard around the outside is pretty shit. Use an app or a notepad or something. It's much easier. Why even is this a different kind of cardboard?